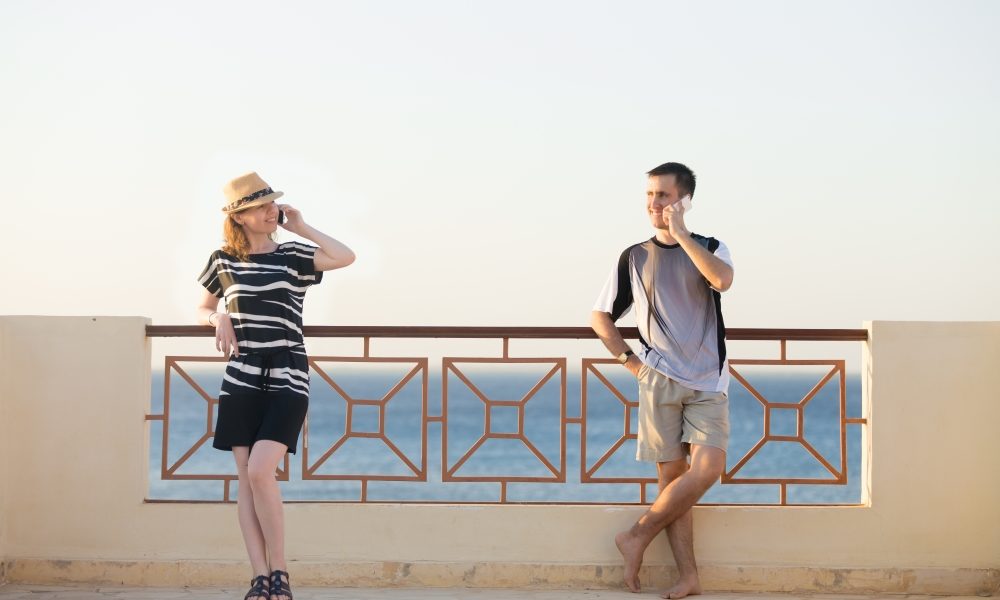 I am 31 years old and I am involved in a long distance romance.  A couple of months ago, I met a guy online and we really hit it off.  I live in a small town in Kentucky and he is in Wisconsin.  He would send me daily emails and texts and would call me every week.  I always thought it was strange that he had conditions about calling me and would contact me at very late hours.  He always had some reason that he couldn’t call me at a decent time.  He was always so sweet, so this was okay with me, and he would say the most romantic things.  Two weeks after I met him online, he sent me a plane ticket to visit him for an extended weekend and I did.  When I got there, he picked me up at the airport and took me to a really expensive restaurant.  Then he took me to really nice hotel and we spent the entire weekend totally lost in each other.  We were so lost in each other that we didn’t leave the room for the rest of the time but ordered in.  He told me that he had fallen in love with me and had never felt this way before.  It was the greatest weekend of my life!  I went home seeing stars, I was so happy.  Over the next several weeks, he became increasingly busy with work.  I kept inviting him to visit me but he always said he didn’t have any time.  Last week I decided to surprise him because he had been so busy that he hadn’t had any time to answer my messages.  I flew to see him.  I had a morning flight, so after I got settled into my hotel, I went to his office to surprise him and invite him for a late lunch.  I smiled and told the doorman that I had come to visit this guy and he said that I could catch him if I hurried because he was next door, having lunch with his wife and son!  I was shattered and felt every part of me fall to the ground.  I gained my composure for a moment and told him that I would try him back later.  I went back to my hotel and bawled into my pillow for the rest of the weekend.  I went home and tried to contact him through email but he wrote a short response and said he was busy and that he would call me in the next few days.  I still haven’t heard anything from him.  I keep making efforts but I don’t understand how something so special wouldn’t be a priority for him!  Should I go back to his town and confront him in person?  I don’t know what to do!  I have decided that he is not happy with his wife and that he probably was meeting her for lunch in order to tell her that he had fallen in love with me.  It is probably just a matter of time.  What do you think?

No, I do not believe that a discussion about you was the purpose of his lunch with his family.  I would agree that he probably is not very happy with his wife, but variety is almost never a reason for a man to leave the comfort of his life at home.  Perhaps she did a lot of traveling and he found himself bored and lonely.  There is a Spanish saying that translates to something like this: “When distance is between two people, all three of them are happy.” Regardless of the reason, it is morally wrong to agree to be part of this situation after learning the truth about his life in Wisconsin.  I am sorry to read about your recent situation and probably you are not interested in hearing that you are mostly responsible for the way this situation has unfolded.  It was not nice for him to deceive you and to walk out on his family, but if you had held true to your value, the situation would not have progressed that far.  In my opinion, there has been quite a lot of bad judgment on your part, but please try not to take it to heart.  We all make mistakes.  As they say, “Good judgment comes from experience and experience comes from bad judgment.”

Online dating is a wonderful tool for meeting people in the modern world but, when combined with assertiveness and feminism, women not only are going out on a limb but they are drifting way out to sea!  This almost always results in very intense and unnecessary pain for a woman.  The man is the pursuer and he must always take the lead.  This is nature and it cannot be changed regardless of time or social conditioning.  This means that he should be the one to visit you and not the other way around, so you kindly should have declined his offer.  The two of you started a whirlwind romance, which always dissolves as quickly as it starts.  You also demonstrated to him that you place a very low value on yourself by becoming intimate with him quickly and without any return on your investment, such as an official commitment.  This is not good for any long-term relationship.  It is unfortunate but not surprising to me that he became busy after your romantic interlude because his interest probably diminished considerably. Now that you have discovered his secret, you are still holding onto him, hoping to dissolve his family, even though he has not responded to you and is trying to give you a hint by being too busy for communication.  He is unavailable in every way and now you have answers but I think you find it much easier to hold onto his absence than to let him go. I have no doubt that it was completely devastating to find out that he was married with children.  You seem to be a kind woman who is very giving of herself, but I think you will find better results when you hold back a little and allow for an upright (and available) man to come your way.

In regard to dealing with him, I would advise you to leave him alone completely and not to answer any of his attempts or advances if he makes them.  You could write him a very long letter, explaining the way that you feel, but it would not be a good idea to send it.  I know that it feels unresolved and he was extremely deceptive and that you feel that his wife should know about it.  I am sure that you believe that you deserve to have some revenge, but the best revenge is moving on with your life and finding someone you can trust.  Get involved in your community and surround yourself with family and friends for a strong support system.  Vent and learn to let go.  Take this painful lesson as a reason to work on valuing yourself and not giving yourself away to just anyone.  If you will look deeper, I believe you will find a lot of valuable lessons that can take years for people to learn.  Not only that, you should feel sorry for his wife; you’ve known him for a couple of months and this feeling will pass a lot faster than hers will.  Be glad you didn’t marry him and genetically join with him while he went out with other women!  I would say that you are quite lucky after all! 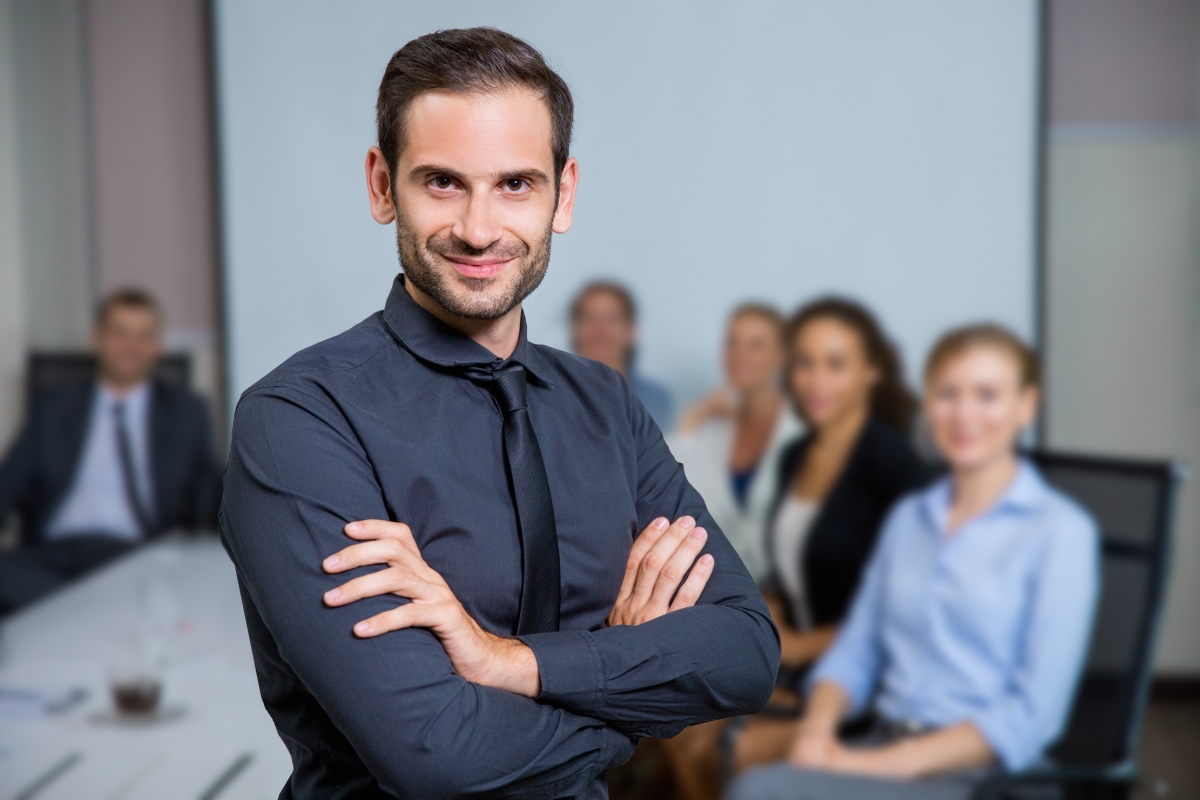 Gentleman Tip #1: Always Rise In the Presence of a Lady 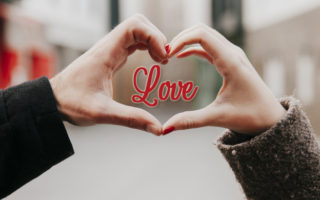 The Cost of Unconditional Love 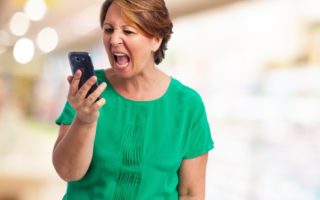